Whoa. What a winter weekend. Even after having grown up in the Midwest and living a large part of my adult life in Wisconsin, I have never seen this much snow in one fell swoop. The DC metro area was hit with a record breaking blizzard producing about 28-30″ of snow. Keep in mind that this is an area that cancels school and activities for an inch or two of snow. So far school is canceled Monday and Tuesday and I’m guessing the entire week. We are walloped beyond belief! 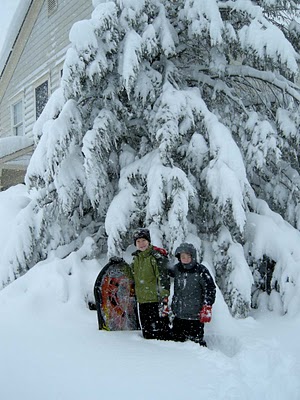 Many many people are without power. Our neighborhood was cold and dark for about 30 hrs, Saturday and into Sunday. Plowed roads are a novelty and we are still quite buried. We hunkered down, bundled up and tried to entertain each other. There was a lot of reading, knitting and game playing by lantern and candle light. We have a gas stove so, thankfully, we could still cook something hot. Power returned midday Sunday, thank goodness! But…I am not holding my breath as it goes on and off frequently. 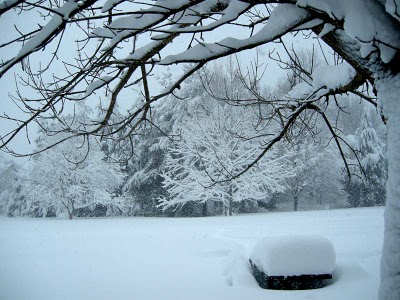 This is a photo of the park behind out house during the big snowfall. That rectangle in the lower right is a picnic table! The snow came right up to the benches.

In honor of the blizzard and to keep myself busy, I decided to start knitting a “blizzard scarf”. I had some bulky winter-white yarn in my stash and got started with some fat needles for a quick knit. The drifts and swirly snow formations were my inspiration! I knit and knit and knit and was quite happy to do something productive during all of the time spent waiting.

This morning all was clear and calm and the sun shone brightly on the snow. I went out early with my camera to record some of the shapes and patterns formed in the drifts. And just look what I found…the perfect texture, created by a little squirrel between two trees… 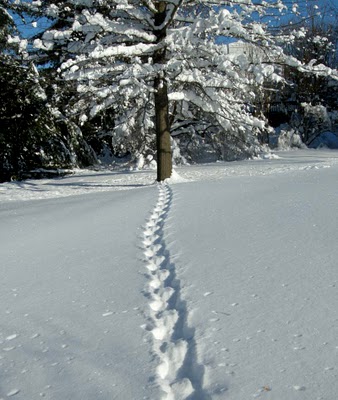 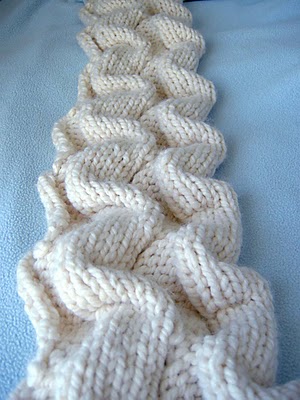 I’m calling this scarf design Drift. It is beyond thick and chunky and I just love it. The rippled technique is super fun and easy. I will tell you all about it as soon as I am done! I’ve got about a half a ball left, so I shouldn’t be long now. Besides, I hear we’ve got more snow in store for Tuesday!

For those of you who follow me on twitter, thanks so much for your encouraging words during the blizzard! You guys are great!