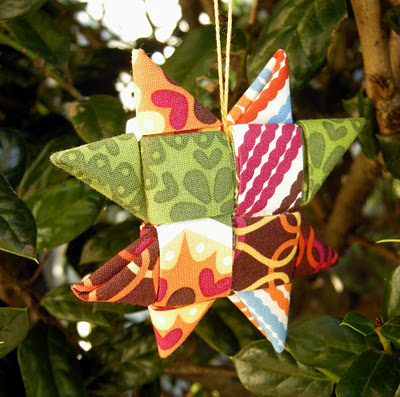 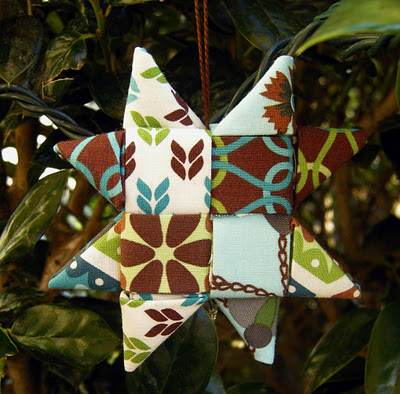 I’ve been making these adorable fabric star ornaments and wanted to share them with you! I was surfing around the internet and ran into this wonderful tutorial. Although it’s not written in English, I was able to muddle my way through it! There is no sewing involved and they go together pretty quickly once you have done the cutting and pressing. I came up with a few little tricks along the way, so I thought I’d do my own tutorial. 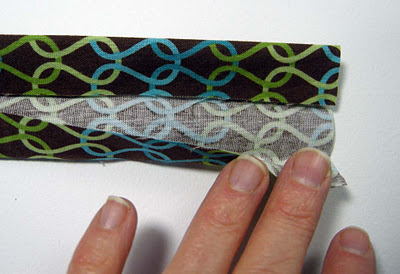 Start off with 4 rectangles of fabric measuring about 3″ wide by 14″ long. Press them in half lengthwise creating a center fold. Open the fold then fold the raw edges to meet at the center. Then refold the center fold and press once more. You’ll end up with 4 strips with the raw edges neatly enclosed inside. 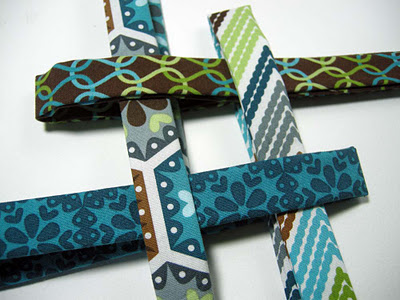 Fold each strip in half and lay them out as shown above. You’ll need to have them alternate so that each strip is both inside and outside the fold of each other. I’m not sure of a better way to say that, but they need to interlock with each other. 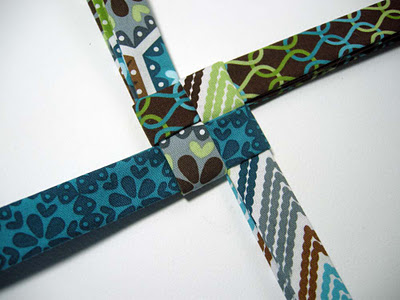 Next, snug them up by sliding them towards the center, as shown above. 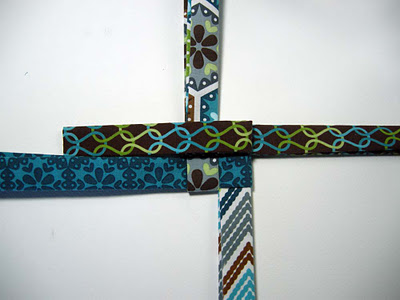 Now you’ll take each top strip and fold it back over the center square, one at a time. Start with the right one, as shown. Next fold down the top strip, then the left strip, then for the last strip… 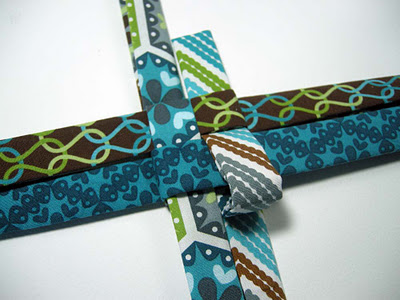 …you’ll tuck it under the first strip (right) and pull it snugly to lock it all together. 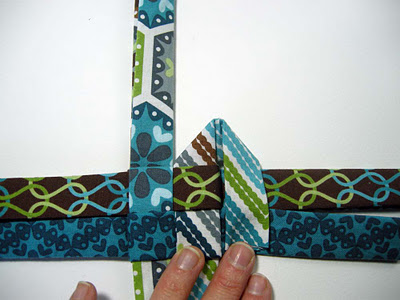 Now we have the main part done and we’ll start on the points! Fold the top right strip as shown: at a 45 degree angle to the right, and then down. 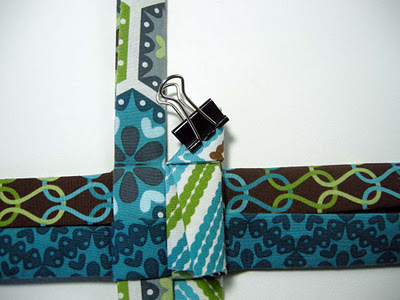 Next, you’ll fold that strip back onto itself so create a point. I used a small binder clip to hold it snugly while I did the next step. 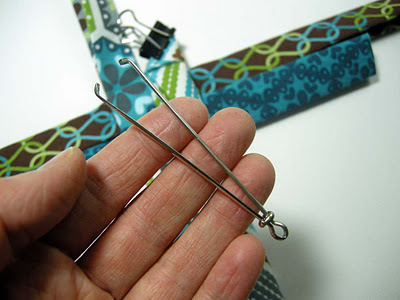 If you’ve got a bodkin (or even tweezers, I suppose would work!) you’ll want to use it for the next step. 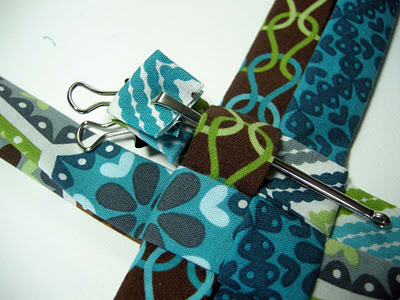 Slide the bodkin under the cross strip located below the point you just made. Clamp it onto the end of the working strip and pull it through. 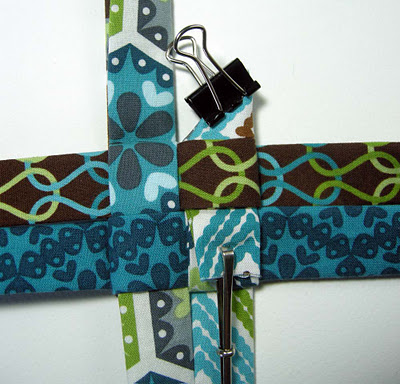 The binder clip has kept the point folded neatly while the bodkin has hopefully made it easier to weave in that strip without loosening up the whole square. Continue, making all 8 points and weaving in the strip ends. 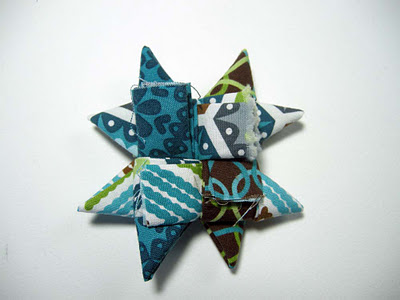 Now the main construction is done! You’ll need sharp scissors to trim off the excess strips, as close as possible to the edge of the cross strip that they were woven under. I think it helps to slightly bend the ornament in half to get my scissors in really close! 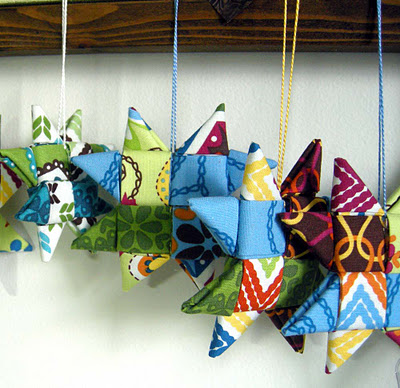 The last step is to make the hanger loop. Thread a heavy needle with some embroidery floss and make a few stitches through the top between a set of points. (the smaller version, upper left, was made with 2″ strips. Cute! I opted to mostly make the larger size. They were easier to work with and showed off more of my Stitch Organic fabric!)

I searched the internet to see what exactly these stars are called. It seems that they are sort of a 2-D or flat version of the Froebel Star or Morvarian Star. I also found this video for a Folded Paper German Star you may find helpful. Watch the Part 1 video, which shows basically what I’ve done to make the fabric stars you see here. If any of my photos/instructions are confusing, watch that video and it’ll all make sense!

I’ve had such a great time making these! I think they’ll make great teacher/neighbor/hostess gifts!

Betz White
Designer, author, felt & fabric artist and creator of sewing projects for you and your family. Betz on Google+ | Twitter
Recent Posts
Showing 25 comments
About this Website